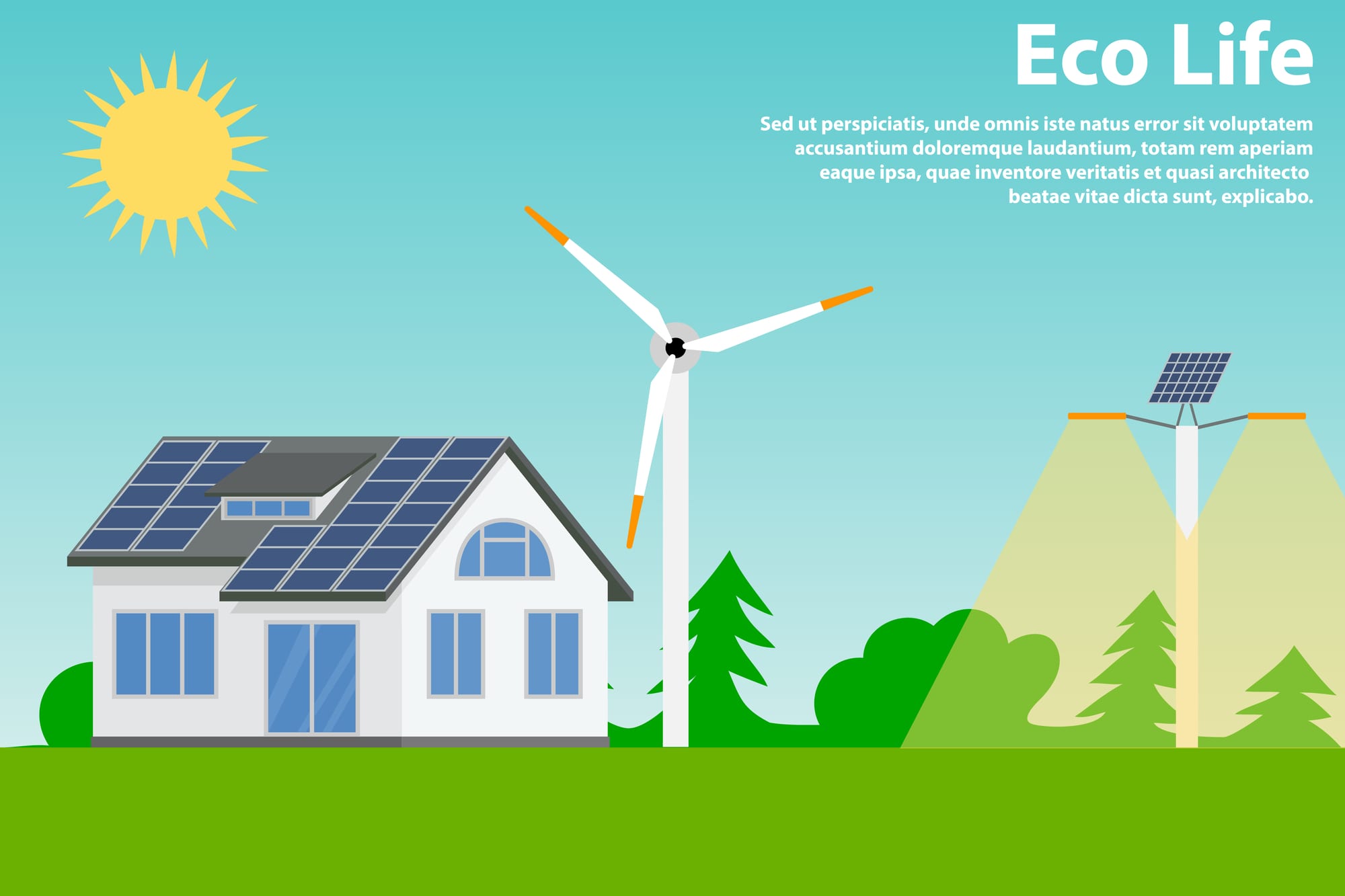 Our world is experiencing a growing need for energy. This is due to the everyday invention of new technologies and equipment that need energy to function and better the human standard of living. Also, the ever-increasing population size of the world has pushed energy demand to its limits.

These are the most efficient new sources of energy and there are two key factors that make them renewable sources. First, it is gotten from natural resources that replenish readily. Second, it creates almost no greenhouse gas emissions.

The increasing improvement of these renewable sources shall be discussed below.

This renewable source of energy has a high efficiency rating, and is environmentally friendly. Generating energy from wind is possible using wind turbines and supplies energy to commercial and home establishments in large quantities. It has an average efficiency in the mid 30% but can peak in the mid 50% range [1].

Although wind energy is weather-dependent, a turbine that has excess wind won’t move, which means energy creation will not happen because the generator is not powered. Wind power does have a high efficiency if you have space and a windy area to put up a field of giant turbines.

More than 60% of the manufacturing and operating cost of wind energy lies in installing the wind turbine, with the main elements being steel, copper, and concrete, which are in abundance [2]. This makes wind energy less expensive comparatively.

The world has relied on this energy source for decades. As of 2019, the capacity of global hydropower reached 1,308 gigawatts [3]. Energy using utilities throughout the world use hydropower to generate electricity because storing the energy is easy and dispatching the energy is cheap, and most importantly production is without fuel combustion. It doesn’t release pollutants the way burning fossil fuels as natural gas or coal does.

After the generation of electricity, its supply to homes and establishments is possible through transmission lines. Despite rating high in efficiency and reliability, hydroelectricity also contributes a reasonable amount of river pollution and the destruction of aquatic lives. Also, drought can affect hydroelectricity production in rain-fed rivers.

The sun is a natural source of energy, releasing enough energy to satisfy the global energy demand making solar energy generation one of the fastest commercial renewable resources. Production of solar energy is possible by harnessing the sun’s rays. It is absolutely free from any form of pollution and efficient for both residential and commercial purposes. It is quite easy to maintain a solar panel, and most panels come with a 25-year warranty. The only disadvantage associated with solar energy is that it is weather dependent since it uses sunlight.

Geothermal energy (the heat from the earth) is another renewable source of energy. Hot water naturally exists at different depths and temperatures below the earth’s surface. Steam is brought to the surface of the earth for use in different applications like electricity generation, cooling, heating and other direct uses by drilling deep wells of a mile or more into these underground reservoirs.

The largest group of geothermal plants is found at the Geysers. A geothermal field in northern California. It has an added water source by using reclaimed wastewater. Geothermal power does not need fuel, making it less affected by fuel cost fluctuation; however, capital cost, particularly the cost of drilling and the high financial risk associated with finding good geothermal sources, is its major concern.

This energy is produced through a process called nuclear fission. A nuclear reactor has an energy output higher than other nonrenewable sources of energy. By capacity factor, nuclear energy has by far the highest producing power of 93% during the year [4]. Nuclear power plants are easy to maintain and operate for a long time before refueling. Based on the capacity factor, you need two coal or three renewable plants, each of one gigawatts size, to replace one gigawatt of electricity produced by a nuclear reactor.

Although there are several new energy sources, the above-listed sources are the most efficient and effective. These new sources can cater to our energy needs and also help reduce greenhouse gas emissions greatly.

Hello everyone, my name is Jamie Johnson and I am the staff writer at DetailsRightHere.com. On this website, I share what I love, Thank You for Stopping By!

AFFILIATE COMPENSATION DISCLOSURE From time to time, we promote, endorse, or suggest products or services of others. In most cases, we will be compensated, either as an affiliate with a commission based on sales, or with a free product to review or use. Our recommendations are always based on (i) our personal belief in the high quality and value of the product or service, and (ii) our review of the product or service, or a prior relationship or positive experience with the sponsoring person or organization. One of our participating merchants is the Amazon Services LLC affiliate program. It is important to note that prices change quickly on Amazon, so you will need to confirm that the price we share in the post is the price you pay prior to finalizing your purchase.